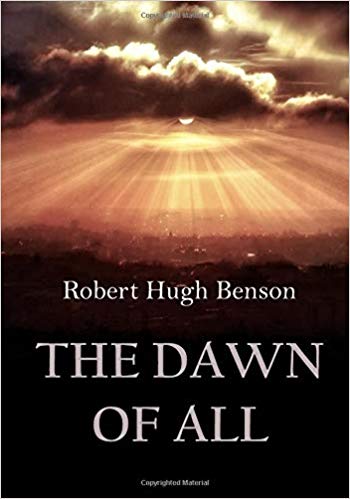 Last July, 5 I read a paper in the 13th International Conference of the Utopian Studies Society about The Dawn of All and the way Benson portrays science in this novel.
This is the abstract:
This paper examines some aspects of the utopia depicted in the novel The Dawn of All, by Robert Hugh Benson, which is a bold tale of a future world almost fully converted to Catholicism. The whole of that society is structured on this religion, or what is more accurate by an ideology based on it. The paper focuses on one of the aspects of this utopian society: the relation between science and religion, and its implications. Robert Hugh Benson explains how Psychology discovers that there is a force at work behind physical phenomena, itself not physical. Science then stops developing as a materialistic discipline and acquires a whole new horizon of possibilities. As a consequence of this, theologians and scientists, monks and doctors work together to make science advance and attain the truth in the highest level. Medicine becomes more psychological, and thus, according to this view, more spiritual. Doctors in their offices inspect the patients’ mind with modern and adequate technological means and provide psychological treatments to cure physical illnesses. These treatments consist basically on mental suggestion. The paper tries finally to draw some ideas from this utopian view of science, and above all medicine, trying to get a glimpse of different a paradigm of science: an eventual scientific horizon which might take into account other aspects than matter in its daily work, thus becoming more human and true.